What is your favorite detail in your book?
I love all the descriptions of the clam bake. Sounds silly maybe, but it just made me really hungry and made me want to be there.
What detail are you proudest of?
There’s a very slight reference to someone thinking that sharks were not that dangerous, and back before 1920ish people were not scared of sharks and shark attacks the way we are now. They were considered by mainstream society to be shy creatures that scared off easily. Of course, they feature heavily in the book and many of my characters have spent much more time studying them and their behavior, so they have a much better grasp of what they are capable of, good and bad.
What character are you the tiniest bit envious of?
Probably Taurus, he’s got such a great outlook on life. Either that or Hattie, because she really lucked out with Isurus.
What character surprised you the most?
Quite literally, The Lord of the Shark Kind. I had really very little idea what that man was thinking even as I was writing him, much less what he
would do. He kept me on my toes for sure, and there’s a twist with him at the end that I actually did not see coming until the moment it happened.

What honor would you like your book to receive?
I would love it if it won some kind of award. Maybe a ‘best of’ some fantasy award or a category someplace like the Realm Awards.
If I got print copies of your books would you rather I kept them forever letting my friends and family read them or I gave them to a thrift store in hope that they get found by someone who they inspire?
That’s such a hard choice! I love cherished books spread through friends and families, but I also know the feeling of finding a book out of the blue that just totally changes or inspires me. Probably the first one, though I know the happiness of finding a good book at a thrift store.

“Watch, ye sons of the sea, your doom is at hand. With soundless storm rises the fate of Atlantis.”

As a lighthouse keeper’s daughter, Hattie has always been able to handle anything the Atlantic throws at her. But when a stranger washes ashore in a storm, she finds herself unraveling a mystery that will change her life.

Caught up in a high-stakes game of intrigue and hidden loyalties, Hattie watches legends take shape before her eyes. But as kings and pawns prepare for a showdown that will determine the fate of an ancient world, she wonders whether she has thrown in her lot with the hero or the villain.

“I think I was made for the sea, and the sea for me. Perhaps it’s strange to love such a terrible and bloodthirsty thing; I don’t know. In this town we pit ourselves against it, day after day, for our whole lives, knowing every day that this could be the day the sea wins. Yet I am not afraid of it. I love it, even.”

EMILY HAYSE is a lover of log cabins, strong coffee, and the smell of old books. Her writing is fueled by good characters and a lifelong passion for storytelling. When she is not busy turning words into worlds, she can often be found baking, singing, or caring for one of the many dogs and horses in her life. She lives with her family in Michigan.

What is the least common thing you are a fan of?
I am a huge Iditarod fan. That’s not super common, I don’t think.

It’s been a while since I posted and even longer since I was in awe over something bizarre that came through the food pantry. But this week…

There was a huge box of Easter candy and some other odd things. There were Easter toys, colorful grass, Star Wars Nerd ropes in the flavors red and blue, and the item that was most bizarre. The Sun-Maid Natural Raisins-Watermelon Sour Raisins. 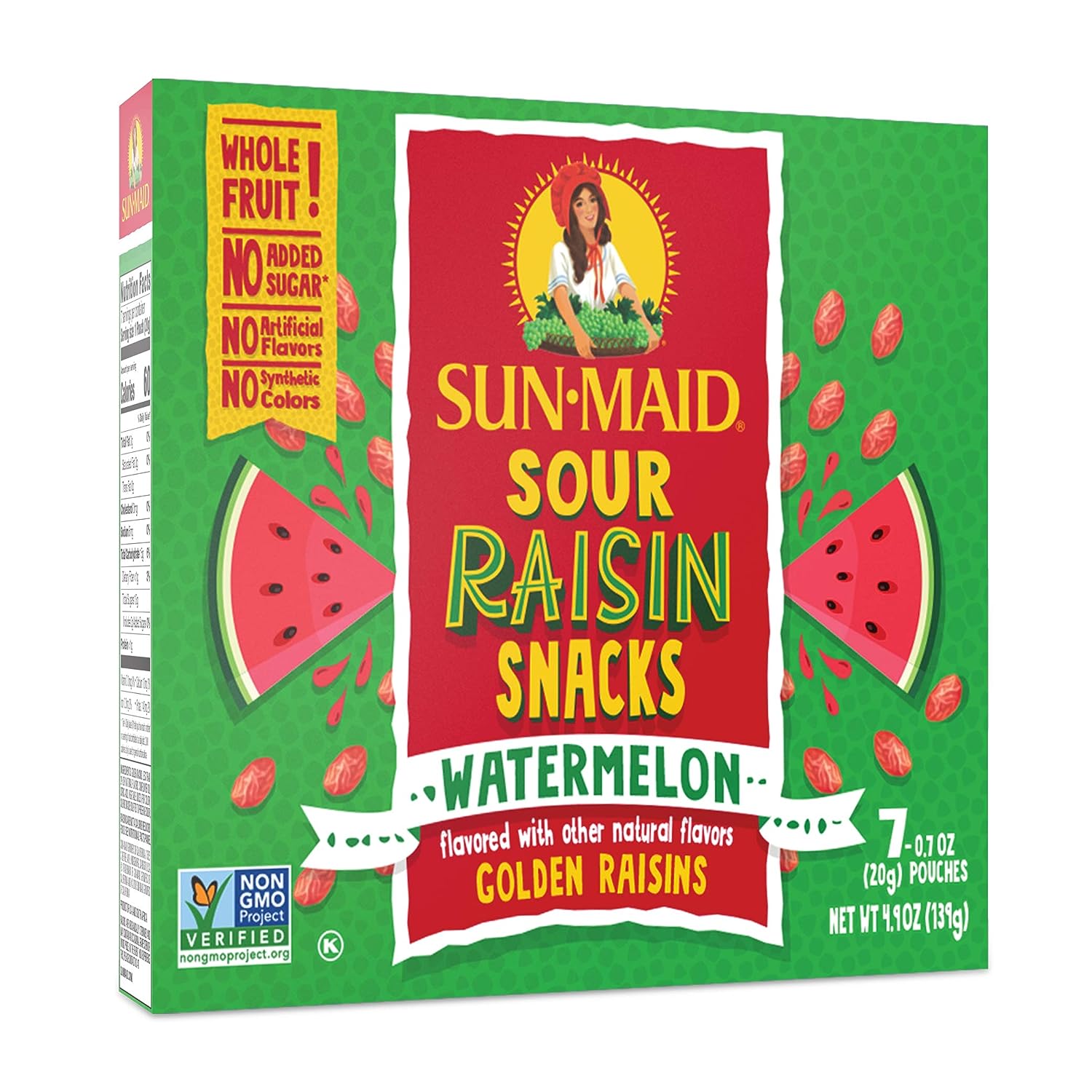 They sound awful and I like raisins. But maybe they are trying to get people who don’t like raisins, but have people tried plain golden raisins? They are very different from regular raisins.

I tried them. They aren’t as bad as they sound. But they taste like fake watermelon, so they arent great.

A lot of sources says that it’s really hard, but one of my mom’s childhood friends said that it’s really easy and she did it all the time as a kid. My attempt turned out fine and we thought we had made a number of mistakes.

The recipe is down below. I got it from The Joy Of Cooking (Except for the part in bold)

Bring to a boil in a large heavy saucepan: 1 Cup Water

Remove from the heat and stir until dissolved: 3 Cups Sugar (We struggled to do this and ended up dissolving the sugar over a flame)

Return to heat and have ready: 1/16 Teaspoon Cream Of Tartar (We dropped some of this)

Just as the sirup come up to a boil, add the Cream Of Tartar to the mixture by tapping it from the spoon on the edge of the pan. Be ready to stir, as it will tend to make the sirup boil over (We didn’t put it in right as it boiled)

Cook this mixtures uncovered without stirring, until it reaches 238-240 F. Remove pan gently from heat. Pour sirup onto a wet marble slab or platter (It makes quite a lot, have around two square feet or more ready to receive it)

Do not scrape pan

Let the sirup cool thoroughly (Or just until it’s a bit cool. We did both, they both turned out fine)

Work it with a candy scraper or a wooden spoon by lifting and folding always from edges to center. When the sirup loses its translucency and begins to become opaque and creamy, knead it well with the hands. Dust them with confectioners sugar if necessary (Don’t bother with that last sentence, just keep working it until it hardens, it will look like the pictures)

After kneading fondant, put it in a tightly covered container. Allow it to remain in a cool place for 24 hours to a week or more (We skipped this step)

To prepare fondant for shaping, put it in a double boiler over-not in-hot water. Heat it slowly, with the water at 170 to 180, until you can shape it then put it on a slab (We also skipped this one)

What. This is supposed to be a Sustainable Tuesday post and I’m trying to defend a single-use plastic? Yep, nobody ever said I couldn’t so I am.

With most of my family being in New York state, I’ve managed to hear that recently New York has made using plastic grocery bags a fineable offense.

The food pantry gets these “single-use” bags and we re-use them. Shocker I know. They are super useful for bagging up loose vegetables, fruits, and yogurts.

Sarcasm aside, we bring home some bags of food and re-use them again. As trash bags. And maybe then they get recycled. I don’t know. I’m not going to talk about that.

I’m going to talk about what plastic should be a finable offense. Unreusable plastic bags, like what lettuce comes in. Or any number of foods that come in little bags that can’t be reused.

Why is NY banning a product that gets re-used and recycled, when there is hiding inside that a much worse product?

A couple of things first. My backspace key isn’t working so…  I hope I don’t just give up on making this readable. Also, the name of this post is a little odd, it doesn’t really fit what this post will be. This will be a book post.

It was amazing. A hundred or so years ago a study club in Branson Missouri decided that learning about the rest of the world would be easier if they had a library. So everyone agrees to donate their books. And then they have to find a space for these books. It is a constant battle for the club to keep finding space for the books. Then they just buy land and become a business. (Not that they weren’t doing business before this, but…)

The history in this book. It’s rare. I guess I’ve just never read a book about fundraising in the past before. I got a great fundraising idea or two. Jitney Pizzas anyone?

Also, I really enjoyed hearing about how the library grew and changed with the times. At one point they had 500,000 books checked out in a year. They added a computer portion in the early nineties. They rented out the recent bestsellers. They fixed books for fifty years because they couldn’t spare money to replace the old ones.

I just felt like book lovers should be inspired by this book. If you have books you should donate them to the library. Volunteer your time. Give your money. This means your library will be bigger and better.